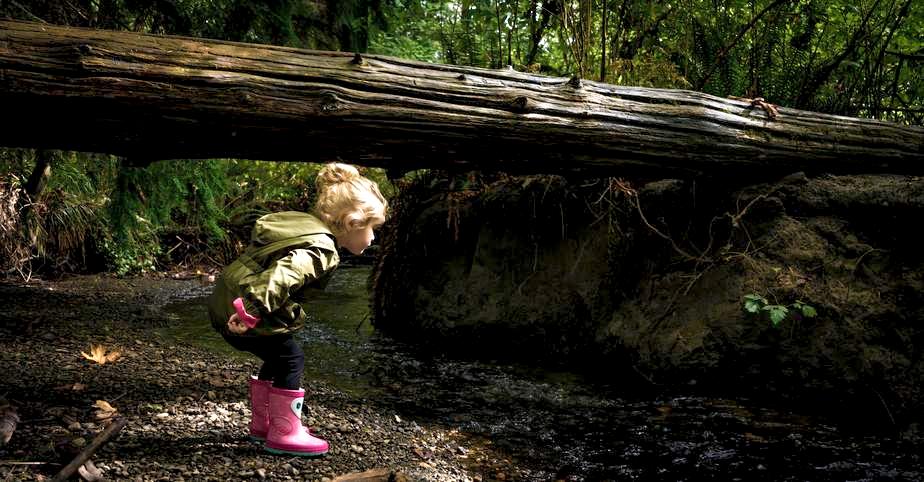 In her recent interview in Rolling Stone magazine, Swedish climate activist Greta Thunberg expresses her disappointment with ‘the olds’. She is referring to older generations and baby boomers who appear apathetic when it comes to acting on climate change. Is Greta right? Have we lost our fighting spirit?

It was ‘the olds’ who fought in the 1970s to put into place five of the most effective and important pieces of environmental protection: The Clean Air Act, the Endangered Species Act, the Montreal Protocol, the Clean Water Act, and Reformation Plan №3 which led to establishing the Environmental Protection Agency (EPA) and setting forth the components of the National Oceanic and Atmospheric Administration (NOAA).

Today the fight continues as these landmark pieces of environmental legislation are being recklessly dismantled by the current administration.

Fifty years ago, the first Earth Day was celebrated on April 22, 1970. I was in the sixth grade when my teacher proposed a poster contest. Back then we simply called it pollution — not ozone depletion, acid raid, deforestation, species extinction, or climate change.

My poster’s headline read Pollution, Pollution, Where’s the Solution?The solution I illustrated with a simple box of color crayons was to jettison all of the man-made garbage into outer space, via rocket ships. Given that America was completely enamored with the novelty of space travel at the time, it seemed like a good idea.

Apparently none of my classmates came up with anything quite as eye-catching, and I was declared the winner of the poster contest. But I did not feel like a winner. Even at twelve years old, I knew that this problem wasn’t going away because there is no such place as “away”.

Ironically, since 1957 space has become the new frontier for debris. Due to rocket and satellite launches, there are now almost 30,000 known pieces of space junk floating in the Earth’s orbit, each about the size of a fist. A million smaller bits are swirling out there too.

In my early twenties, I was fairly certain that I did not want children. Driving my decision was a deep concern regarding over-population. I had read Paul Ehrlich’s book The Population Bomband took seriously the prospect that this planet could be on the brink of ecological collapse. How could I bring children into this world knowing they would have to contend with this existential threat?

Critics of Ehrlich’s work counter that the planet and humans proved there was greater capacity to support and feed larger numbers than he imagined, but at what cost? They cite mistakes made with aggressive one-child policies in China, mandated birth control, forced sterilization, and limits on family size.

But Ehrlich was right. Runaway population coupled with insatiable consumption have brought the planet to its knees. These same powerful forces brought a fierce and articulate young avatar named Greta Thunberg onto the world stage to remind humanity of its moral obligation to future generations.

In a 2008 study conducted at Oregon State University, the carbon consequences of childbearing were analyzed by Paul A. Murtaugh and Michael G. Schlax. Their paper Reproduction and the Carbon Legacies of Individuals details that “under current conditions in the United States, each child adds about 9,441 metric tons of carbon dioxide to the carbon legacy of an average female, which is 5.7 times her own lifetime emissions.”

Everyone knows that we live on a finite planet with limited resources. Yet the population and economy are expected to grow continuously and endlessly. No where in nature is this the case.

By refusing to discard erroneous economic theories and models, we ignore the fundamental biological foundations life and place ourselves and the planet in peril. With no accounting for the environmental and social costs of doing business, why are we surprised when these systems collapse?

The answer to our problems, whether the terrorist attacks of 9–11 or the Covid 19 virus have always been same. Go shopping! Be a good consumer! Do your patriotic duty! Once this crisis has passed, the same economic engines will roar up again, continuing their relentless march toward acquisition and consumption.

While visiting the Island of Bali, Indonesia in the mid-1980s I was captivated to learn that the Balinese were able to sustain themselves by working and laboring just half a day. They devoted their remaining time to the arts and to their spiritual practices.

Each village specialized in their own form of artistic expression be it dance, puppetry, music, painting, wood carving, batik, weaving, or jewelry making. This thriving and healthy culture valued quality of life and nurtured social and spiritual development. Like so many of the world’s indigenous populations, the Balinese now struggle to maintain this traditional lifestyle.

During the 60 years that followed World War II, the United States built the greatest middle-class economy ever known. Through a sincere desire to improve the quality of life for everyone, we eradicated poverty, hunger and disease, guaranteed food and shelter, and provided a comfortable middle-class lifestyle to the majority of the population.

This horn of plenty came at a great price to the third world, whose resources and labor we use to prop-up our way of life. An intense explosion of expectations materialized and invaded the psyche of the West. Madison Avenue constantly bombarded us with images of what we could have, do or be. Lifestyles of the Rich and Famouswas a real television show. “Greed is Good” was the motto of the unscrupulous corporate raider, Gordon Gekko, in the film Wall Street.

We have now reached the point of mutually assured destruction, in which our desires have surpassed the basic needs of others. Mahatma Ghandi told us that “The world has enough for everyone’s need, but not enough for everyone’s greed.” At it’s core this existential crisis is really a spiritual one.

A virus has brought our global economic engines to a screeching halt. Perhaps we can’t breathe because the planet herself is having a hard time doing so? A post on my Facebook feed by @luxepunk says what many of us are quietly thinking: “Feels like the Earth just sent us all to our rooms to think about what we’ve done.”

On the 50th Anniversary of Earth Day, let us not forget the existential crisis we were already facing before Covid. Let us not seek a return to normal, but let us envision moving toward something far better. This is a time for re-awakening. We have a real opportunity to take serious steps toward reducing our carbon footprint, creating a New Green Deal, providing healthcare for all, and reparing our nation’s crumbling infrastructure. We must support those candidates that will advance these principals, and make our voices heard.

While we fight to keep environmental laws from being dismantled, we must also introduce new measures to stop the next wave of assault — that of biological piracy. Bio-piracy includes the patenting and cloning of life forms, genetic engineering of foods, seed monopolies, and claims of ownership to that which is our common and collective biological heritage. The backbone of a civilization is farming. If we pay no attention to that man behind the curtain, we loose.

Let us plant Corona Victory Gardens with real seeds, reduce air and car travel, end the use of disposable plastics forever, limit the size of our families and adopt more sustainable diets. We owe it to Greta’s generation. And we also owe it to our ancestors who braved famine, world wars, great migrations, depressions, plagues, and disease to bring us to this safe and secure life that we enjoy today.

Before British physicist Steven Hawking died at the age of 76, he expressed some deeply disturbing views, warning that humans must colonize another planet or face extinction.

In his film, “Steven Hawking: Expedition New Earth” he said that the Earth is becoming increasingly precarious because of threats from epidemics, climate change, nuclear war and asteroids. Hawking also cautioned us about the dangers of artificial intelligence, calling it “either the best or the worst thing ever to happen to humanity.”

As we all know, colonizing space is a l-o-n-g shot. Do we really deserve another planet if we cannot not take care of the one we’ve been given? Let’s not screw this up any further.