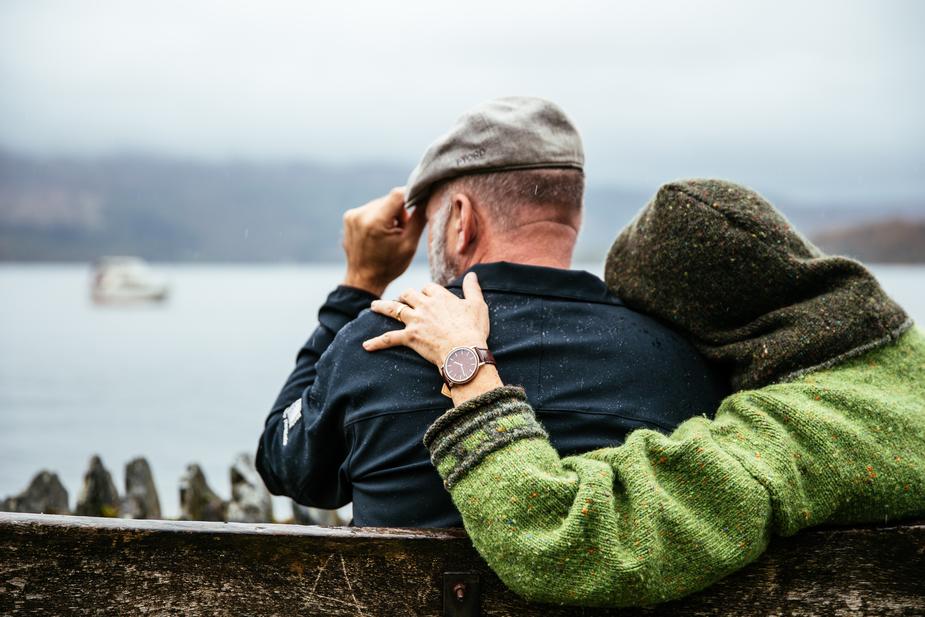 Two weeks ago I ran into my neighbor Bill, someone with whom I’d never had much contact. He reached out to me and said he was not doing well, admitting that he was lonely, worried, and needed someone to talk to — even if it was just for an hour. How nice that he could be so honest and vulnerable.

This would never have happened pre-Covid!

I agreed to meet Bill outside in the building’s garden courtyard and made some fruit salad and iced tea to share. For the next hour we got to know one other.

Bill was agitated and immediately began to unload. From the news sources he was tuning into, he believed that there was ample proof that Covid-19 was planned and that it was a bio-weapon.

“We are all going to be vaccinated and micro-chipped,” he said, “and the military will soon take over. It’s just a matter of weeks before the country will be under martial law.” He was sure of it.
Bill admitted with pride that he was a prepper and said he was ready.

“I’ve got a place outside of town where I have enough food and supplies to last a year,” he revealed.

While telling me this he was busy scrolling on his phone, searching for the links to the various sources he’d been quoting. He sincerely wanted to share them with me, believing it would be helpful.

I listened for about 30 minutes. I could feel myself getting slightly agitated, but the irritation was more like a fly or mosquito buzzing around me.

When he had exhausted himself he stopped and asked me what I thought. Before launching into a response, I spent a moment thinking: What can I say that will be truly helpful? What could make a difference?

“Yes, Bill. I agree that we are in a very critical and pivotal time in history,” I said. “And I believe that we have the power to create a positive outcome. There is a lot of good that can come from this.”

Given that none of us has ever had to grapple with the triple threat of a global pandemic, social isolation, and a financial meltdown, I believe that we are doing remarkably well. Thus far, there have been no mass shootings and no acts of terrorism. Instead, we are seeing exceptional heroism from health care workers and extraordinary acts of kindness from others. Government leaders are cooperating and working tirelessly to manage this situation.

This could be the very thing we need to knock us out of our collective apathy, create the New Green Economy, and provide health care for all.

I went on to ask Bill if he was familiar with the idea that we create our own reality. And further, did he believe that how we respond to something has a real impact on the results we get?

Bill lit up and with great excitement told me that what I shared really resonated with him. He was familiar with the concept that we create our own reality. “I know that’s true,” he said with enthusiasm.

We discovered that both of us had read many of Jane Robert’s books, including Seth Speaks in which these ideas are explored fully.

Amazingly, we had found common ground!

From that moment forward the conversation shifted to a more productive tone. I could see those tense lines in Bill’s forehead begin to soften. He relaxed, smiled, and we even shared a laugh or two.

We discussed how important it is to choose how we want to feel during this time. Not only would this help ourselves, but it would create an energy field of good vibrations and support, making the situation better for everyone.

He left feeling much better and asked if we might get together again.

Bill lives directly above me in the apartment complex. The next day I noticed that his television set, or perhaps his computer, was on loud enough for me to hear. It was obvious that he was once again tapping into those same negative sources which continued to pump out anger, fear, paranoia and negativity.

At that moment I was tempted to judge him, and feel that I might be wasting my time. Then I remembered a very insightful documentary I had once seen called “What the Bleep Do We Know?” (2004).   It explains why not only Bill, but all of us, find it difficult to change our perspectives.

The film describes how we become addicted to states of thinking and feeling because of the chemicals that these states produce. When we have a thought or emotion, corresponding chemicals which originate in the brain’s hypothalamus are released by neuropeptides. Peptides then travel through the bloodstream and attach to our cells. Thus, our entire physiology is affected.

Neuroscientist Dr. Joe Dispenza explains how feelings of sadness, fear, or anger create hormones of stress, while feelings of hope, optimism, or love create soothing hormones, such as oxytocin.

“This stimulus-response makes it difficult to break the ‘habit of being ourselves'”, says Dispenza.

Like well-worn grooves in a record, neural-pathways become deeply etched from the repetitive and familiar bio-chemical responses we have to situations. We become addicted to our states of mind. Whether these feelings are beneficial or not, we hunger for the familiar chemicals they produce, in much the same way that we crave sugar, alcohol, cigarettes, drugs, or the like.

I could see that despite our earlier conversation, Bill was back to his steady diet, listening to the same news sources that would feed his need. This was his comfort zone. But then, I was also in my comfort zone: Meditating, praying, listening to uplifting perspectives, and tapping into networks of positivity.

We both needed our chemical fixes.

The next time we got together, I brought guacamole, chips and beer. I now had a mission — to be a contagion and spread the virus of optimism and joy. No matter how many inoculations it might take, I would give it my best shot.

The good news is that we can learn to choose which states of mind we want to be addicted to. By becoming aware of what we are thinking and how our thoughts makes us feel, we can replace those that don’t serve us with ones that do. Eventually, we will start to crave beneficial states of mind and seek to produce them on more a regular basis. This is similar to choosing what we will eat: health food or junk food. Since we have a choice — the choice is ours.

Due to mandatory sheltering in place ordinances, I am no longer able to meet with Bill face to face. However, I do continue to check in with him, via phone and text.

Is there someone you know that needs talking down from the ledge? Is it possible to find common ground with them? None of us is immune to the fear and anxiety that this time is producing, but we can help one another to get through it with a lot less psychological and emotional pain.

Watch the movie trailer:  What the Bleep do We Know