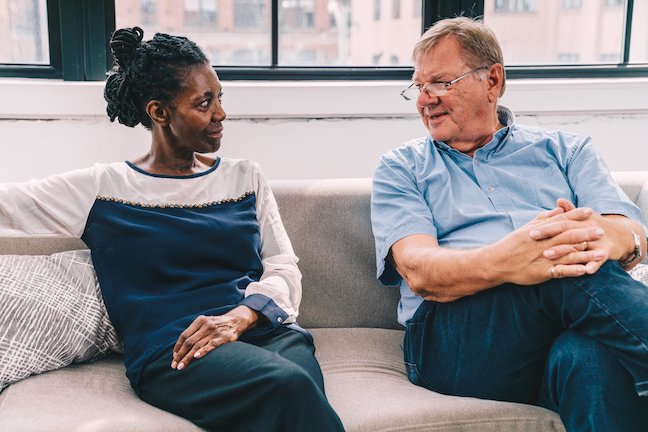 I remember growing up watching the American public affairs show “Firing Line” with conservative William F. Buckley, Jr. He would invite those of opposing points of view to be on the show, and they would both lay out in civil terms their points of view and the logic behind them. There would be disagreements but they were good natured. Emotion had not eclipsed reason. You, the viewer, would be able to see both sides of an issue, realizing that opposing points of view each have elements of truth.

In today’s privately owned electronic media environment, much depends on creating an emotional hook, thereby drawing viewers into an intoxicating addiction. This increases viewership and advertising revenue. The emotional state is accentuated at the extremes. Additionally, because we are so overwhelmed with daily information, an in-depth understanding of complex issues is often relegated to simple slogans and labels.

These hooks can have exceptionally strong emotional grounding, reinforced by more drumbeat information to support one’s emotional view. This, of course, can lead to a tribalistic orientation in which opposing tribe members no longer talk to each other but past each other. Unfortunately, there often is no desire to end the conflict from the influencing source because conflict creates high entertainment value which is then monetized by ratings and advertising revenue, creating an intractable partisan divide.

This strategy has proven useful for television shows, and Donald Trump proved to be masterful at using it in “The Apprentice.” However, when this same approach is applied to politics and to running our country, it creates chaos and dissent. And when this same energy spills over into our personal lives with neighbors, co-workers, family members, and friends, we often lose our ability to have useful dialogue and effective communication.

So how do we find common ground again?

We have been talking from time to time about manifestation and one of the most important concepts would be to begin in our own minds by visualizing a positive outcome for all parties. This approach is not about winning in a zero sum game where there is a winner and a loser, but finding a place where there is a chance for all to get at least some of what they want.

The quality of our lives is determined by the questions we ask. Thus, we ask the universe, with a strong desire for an answer, how to best handle a situation.

Why this is often so difficult is that at the core we frequently find ourselves disagreeing over the acceptable rate of change. I was once in a seminar conducted by Terence Mckenna who was citing the work done by Alfred North Whitehead, the British mathematician and philosopher. Whitehead was attributed with saying that there are two dynamic forces at work in the universe — habit, or the preservation of the status quo, and novelty which is change. Habit and novelty form a constant dynamic tension.

Applying this idea politically, a Conservative might be happy with much of the status quo or habit: it has taken a long time to arrive at some structure that works, so let’s preserve it. The Liberal might argue that it does not work well for all, and only benefits a few, therefore, let’s change it or move toward novelty. Hence there is a dynamic tension at play.

The behavioral psychologists know that if we want to see a change in someone’s behavior we can begin by changing our behavior, and give this person or persons a “new” us with whom to respond.

For those of us lucky enough to have had professional coaching influence, one simple approach is to begin by listening to your opponent and instead of immediately countering with your viewpoint. Sincerely ask your adversary to say more about their view, why and how it works, and how it could work for everyone.

By doing this you ask for someone who is emotionally anchored to reflect on areas that their emotions might have prevented them from examining. We must also put aside our own emotional attachments in the process, and be willing to use reason, rational thinking, and respect. This is not about cleverly arriving at a “gotcha” moment, but about mutually seeing where resolution might lay.

With so much at stake these days, both personally and collectively, it is worth our time to listen, learn and respond with an open mind.