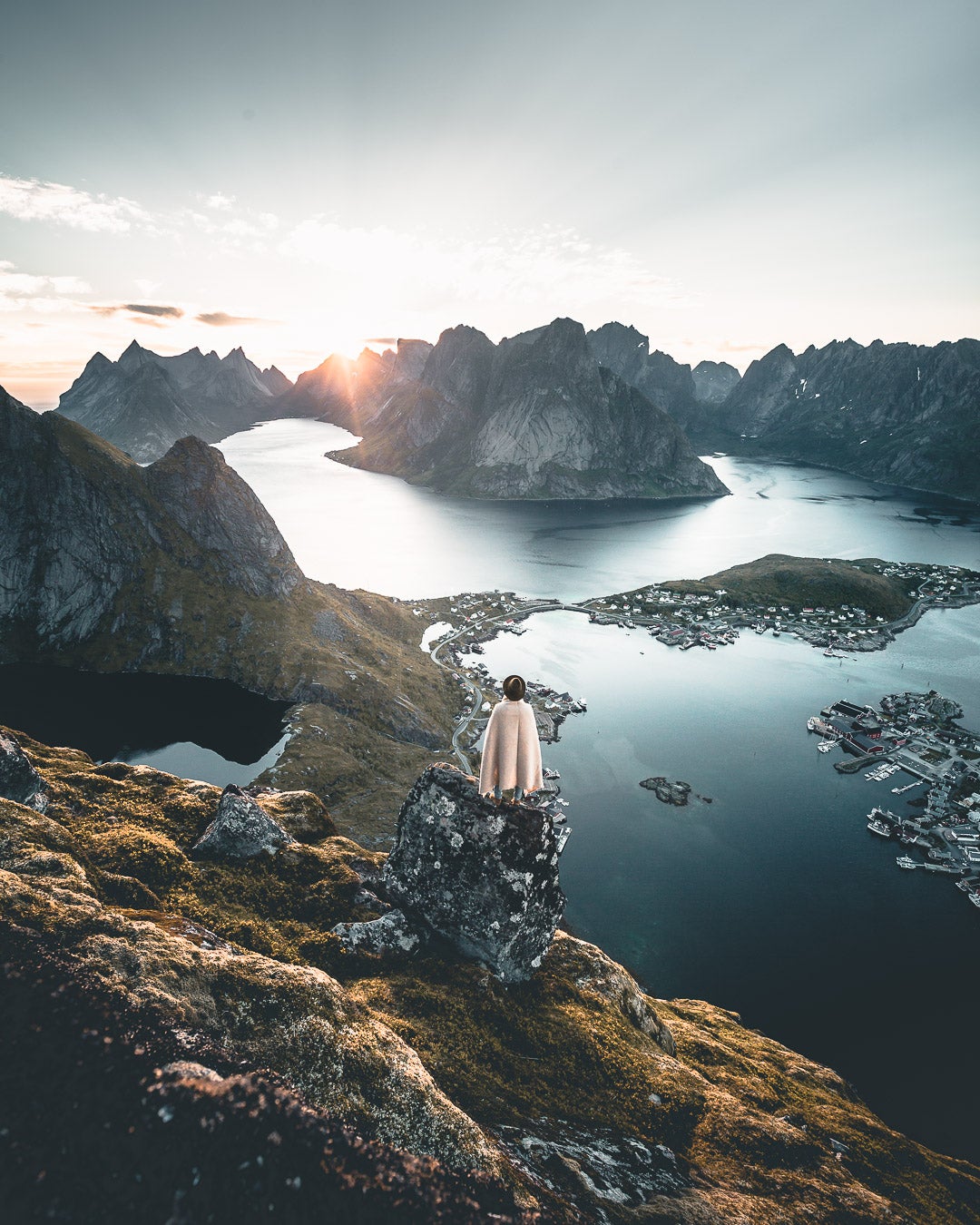 Manifestation is a big and fascinating subject.  Each and everyday, we all partake in the creative process — thinking, dreaming, scheming, making plans and taking action —  all while trusting that things will fall into place, even though we don’t always know exactly how or when.  Most often we can rely on some shape or form of our ideas becoming   manifest.  After all, we live in a physical world that operates under certain laws and rules which we count on. But when it comes to how our consciousness interacts with the inspired, creative process to bring an idea into fruition, how much do we really know about this mysterious process?  Is it a form of magic?

This is a subject that has captured my attention for some time.  For this discussion, I will define manifestation as the creation of an outcome that we desire.  When it comes to the little things, such as finding a parking spot or bumping into just the person we need to see, it’s quite easy to believe that our intentions and desires have manifested.  Special  moments like these appear to be a direct consequence of our thinking and more than mere coincidence.  Most of us are comfortable accepting that our thoughts and minds have played a role in bringing something like this about.

Yet when it comes to the bigger things in life, we may often question whether we had much to do with the outcome or event.  We might attribute the results instead to hard work, luck, or circumstances. Especially when there is “lag time” involved which often plays a big role when something takes months, years, or decades to manifest.  This lag time causes many of us to doubt or to forget our role in the outcome.    And in cases where there is competition (say with only one winner and many losers) we may further question just how much our intention can possibly influence the outcome.   Those outcomes seem random, perhaps based on skill, influence or any number of things that are simply not in our control.

Though I have much evidence in my own life of how manifestation works, I admit that I still have major reservations when it comes to big opportunities that involve risk.  The unknown is always shrouded in some aspect of uncertainty, yet it is also true that the more we work at something, the better we get.  A well known stage actor once said that he always had butterflies before a performance because he never knew exactly what might transpire during a day’s performance.  While we can rely on the laws of physics, we also exist in an environment that involves random infinite possibilities and unpredictability.   Our energy and intentions when strong or unwavering play a definite role in creating magnetic energy, also known as the law of attraction.   Yet common cultural norms can make manifestation seem like little more than cause and effect.

Human manifestation always starts with an idea, thus language had to first appear in order to translate and develop our ideas into agreed upon concepts.   For example, say we want to purchase a house.  The agreed upon methodology to bring this about is that we must either have full cash on hand, or a down payment and qualify for a loan.  Whether using a conventional loan or purchasing directly from the seller by an “agreement of sale,” everyone understands and agrees upon this linear sequence of money down, and proof of continuing performance.  The buyer must act knowing with faith and trust that the payments are going to materialize, based on their current predictive state of employment or finances.  In 15 or 30 years, the home will be theirs.

Now take for instance a much more personal desire where there are no agreed upon rules for transaction and no deadlines. It is simply an idea in which the trail of manifestation is of one’s own making. A great example of this occurred for me in my career.   I was an advertising executive and a partner in an ad agency.  Arriving one morning to the office at 8:30 a.m., I found that I already had 15 important phone calls. It was overwhelming and very disheartening.  Would this be how all my days would play out from now on? Obviously changes had to be made. That weekend I sat down and began writing in a personal journal, detailing with great determination exactly what I wanted.  I spelled out three ways to spend the ideal work day, the ideal weekend day, and the ideal vacation day.  None of them had any incoming phone calls.

I put the journal away. Actually, I had misplaced it. Five years later I found the journal and discovered, to my amazement, that I was now living my work days, weekend days and vacation days just as I had envisioned in my writing.  This was an “aha” moment. The conditions I wanted had materialized over time, so slowly that I had not given myself credit for any element of their manifestation. You could say I was a victim of lag time.

The Findhorn Foundation in Scotland  is noted for offering courses and real life training in manifestation. Attendees would first study the concepts of desire and intent.  In order to produce their desired results, they would learn to develop trust and faith by developing inner awareness and attunement.  An important point was taking time for gratitude and giving thanks for what was unfolding.

Manifesting the little things may seem easy and even trivial, but when that which we want becomes riskier, our doubts and trepidation increase correspondingly.  Indeed, at the end of their training, the students at Findhorn were “thrown into the deep end of the pool” for some serious manifestation exercises.  They were instructed to leave Scotland for six weeks and to travel around Europe with only $50 in their pockets. Upon returning they would share their experiences of how they survived and even thrived.  There were many astonishing accounts. They had to step out of the norms of predictability to embrace uncertainty at a very high level. These highly unusual circumstances led them to become alchemists, working intensely with the unknown forces of the Universe.

David Spangler,  a key figure at Findhorn, wrote a definitive book on this subject called “The Laws of Manifestation.” I am not going to say this practice of manifestation is a “slam dunk” by any stretch of the imagination. I have spent a life time gaining awareness and practicing, but always with some trepidation as the universe seems to constantly test us. Yet in looking back, I can see that indeed the big things I have wanted in life mostly seemed to have occurred.  We are manifestation machines, but our emotional states, thoughts, mindset, and even the lessons we need to learn, all play a role in how our dreams, wants and desires come about.

One very useful thought I have found is to always remember that absence of proof is not proof of absence. Just because we do not have an explanation as to how something works does not invalidate it.  Much has been written about this subject, and even science is working to break the code on how our intention affects matter.

Quantum physics will no doubt at some point in the future fill in the dots. In the meantime, the bridge between the science that we know and phenomena we do not understand, is often found in the metaphysical realms.

One of the most illuminating explanations I have found is in the Seth material written by Jane Roberts.  It deals with what is called Framework One and Framework Two. Basically it describes our daily reality as Framework One wherein we decide what we want. Framework Two is the behind the scenes framework in which forces assemble and align to deliver the orders from Framework One. The following is a summary of the interaction of these two frameworks:   Framework One and Two.

As a final thought on this topic, I return to the subject of competition.   For example, I want to win the lottery but I am certainly not the only one with that goal.  There are millions of others striving for the same outcome but there will be just one winner.  Tony Robbins,  a leader in the science of peak performance, penned a great book called “Awaken The Giant Within.”  In it he made the comment that if we examine the true nature of what we want, it really comes down to how we will feel when we obtain it. He points out that instead of concentrating on a thing or condition to give us that feeling, why not simply make the feeling our main goal?  Obtaining a personal feeling does not have to come at anyone else’s expense.

Indeed, there are many aspects to manifestation. Once we recognize the power we have to imagine and create, we can begin to connect the dots and make manifestation a valuable tool in our awakening awareness.  We can improve our lives and the lives of others knowing the universe is constantly at play creating and manifesting, and that we are a part of that greater unfolding.