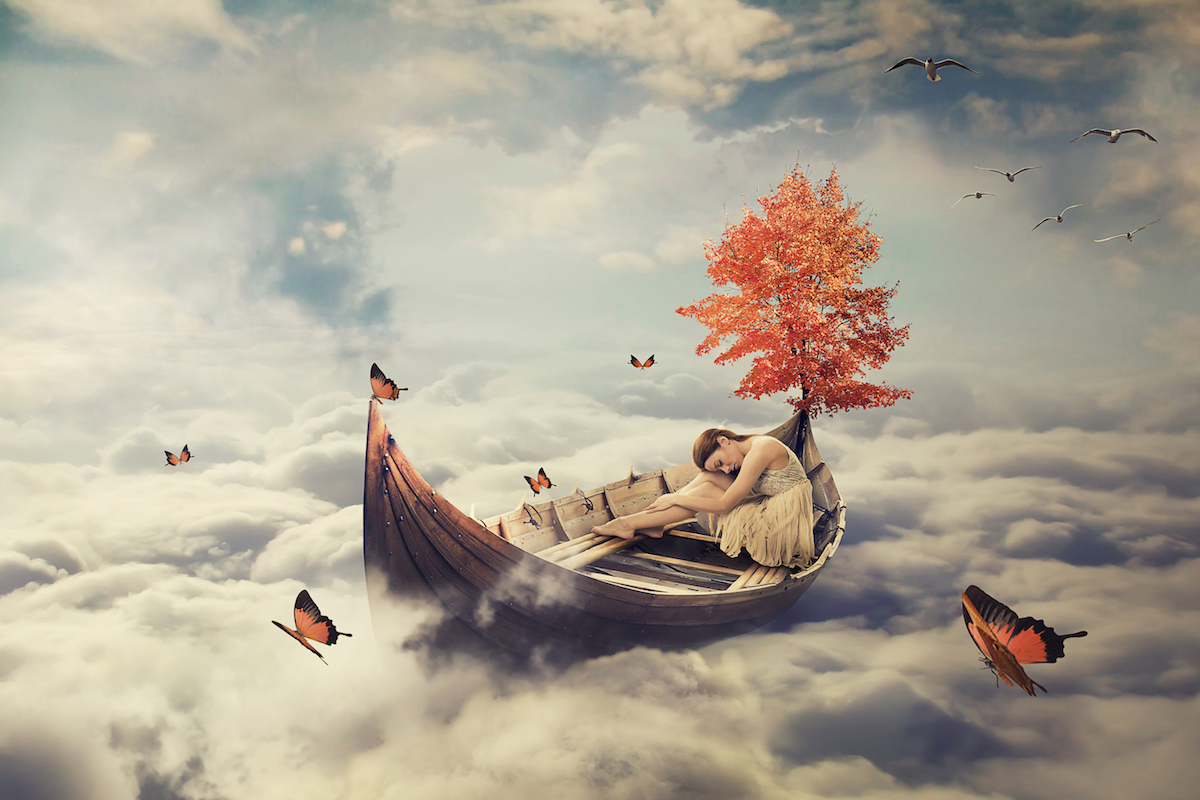 It has been said that everything is consciousness. If so, then what is consciousness itself? The very act of asking this question requires consciousness – a concept so intriguing that theologians and philosophers have written over 20,000 papers on it.

Simply put, consciousness is self-awareness: the mind’s awareness of itself and the world.  Many traditional and indigenous cultures believe that this world is a dream in which the creator, in order to become conscious, is dreaming an existence through us.  Thus, our own awareness is involved in a process of awakening.

Hindu scriptures describe God’s intelligence unfolding in three distinct stages of creation, starting from the center moving outward.  The first stage is the realm of idea or thought, which is active in the causal universe.  The second stage is energy, present in the astral universe.  And the third stage is matter, which emerges in the physical universe.

The farther matter moves from the source, the stronger the quality of inertia and the denser it becomes.   However, as humans and other life forms grow in awareness, the duller qualities begin to lift.  Intelligence is first needed for survival, then innovation and creativity.  Evolution becomes a passage from darkness into light, from the sub-conscious to the super-conscious.

The Biblical creation story of Adam and Eve speaks to the innate human desire to become conscious and self-aware.  A serpent, which represents knowledge, reveals the process.  Vedic teachings also describe a serpentine energy called kundalini, which resides in the base of the spine (tree) of every individual.  Through the practice of yoga, breathing techniques, and meditation, one can awaken this kundalini and achieve expanded states of consciousness.  Many say we are “hard-wired” with an innate desire to find our creator and that the human body is designed to help with this mission.

We all aspire to live a comfortable life in which we establish our worth, and gain approval, love, and acceptance from others.  In 1943, in a paper entitled “A Theory of Human Motivation”, American psychologist Abraham Maslow published his seminal work diagraming a hierarchy of needs.  He proposed that once our basic physical and psychological needs have been met, we are motivated to achieve self-actualization.

In his later years, Maslow added the concept of self-transcendence to his model, referring to it as the highest and most inclusive level of human consciousness. It contains our desire to reach the infinite.

Super conscious joy and wisdom is the goal and destiny of all living things.  In our finest moments, we feel at one with the eternal spirit in the heart of all reality, and peaceful in our quest to follow the whispering call of our soul.

Yet, we also exist in a material world of matter and chaos, which can be hypnotic, alluring and problematic. One can easily become mesmerized by the human condition and engrossed in the drama that takes place here.  This experience of “serial adventures in time and space” can go on and on and we might might think that this is all there is — until at last, we wake up to realize that there is more to life than this.

Waking up can be a gentle experience, or it might involve a deep soul searching in a process described as “the dark night” – la noche oscura del alma – by the 16th-century Spanish mystic and poet St. John of the Cross.  At the beginning of his treatise Dark Night (the Declaración), St. John wrote: “In this first verse, the soul tells the mode and manner in which it departs, as to its affection, from itself and from all things, dying through a true mortification to all of them and to itself, to arrive at a sweet and delicious life with God.”

Wisdom traditions and spiritual practices have been developed over millennia that can keep us from spiraling into a downward trajectory, bringing us back to divine awareness, which is our birthright.  Using our consciousness, together with the tools of transformation opens up to the potential of ever renewing joy.  – Susanne Sims, July 2019