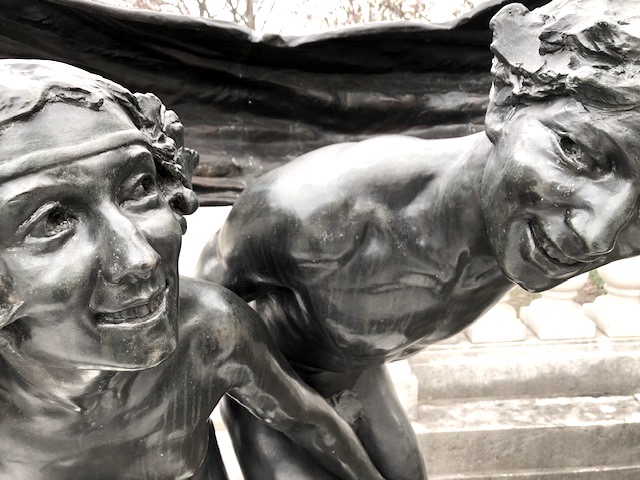 Sometimes the simplest things in life can make life much more satisfying.

Many years ago I met a very interesting person who said that each day he made a point to do at least one nice thing for somebody — often a person he didn’t even know. He explained that the logic was quite simple: what you put out there comes back to you.

Solely from a physics point of view, most of us are familiar with Newton’s third law of motion which states that for every action, there is an equal and opposite reaction. The size of the force on the first object equals the size of force on the second object.

In Eastern spiritual thought, the law of karma states that our actions have consequences.  Because we have incarnated on the physical plane and are in living in the world of matter, we are subject to the law of karma.

In the West, the Golden Rule tells us to treat others the way we would like to be treated ourselves. While the Golden Rule is a nice sentiment, it isn’t quite as compelling as the law of karma, which explicitly states that our behavior brings back to us the same conditions we have created.

These consequences may not occur in the moment. In fact, the results may not happen for a very long time. Indeed, if one believes in reincarnation, it could take lifetimes for the energy to come back to us in the appropriate form. For these reasons, it may become difficult to connect the cause and effect dots to our actions.

However, and this is the major point, if you practice being of service and help without expectation from those you have helped, energetic currents will create an improved quality of life around you.  Even though you cannot make the connection between your actions and the direct benefit, you will feel better.

There is little downside to consciously trying this activity and noticing what happens. For myself, it is the mindfulness of these acts and the ensuing appreciation that have added another pleasant zing to life.